Americans in polls consistently cite the nature of campaign financing as perhaps the greatest threat to democracy. And increasingly, candidates self-finance. In the LA Mayor’s race alone, billionaire developer Rick Caruso spent at least $100 million of his own fortune. What legal issues does this sort of financing raise? What does it mean for candidate quality? In what ways does it challenge and potentially undermine democracy? [ dur: 28 mins. ]

While the US Civil War ended slavery, it didn’t end the political issues that caused the war. What exactly happened in the immediate aftermath of the war? 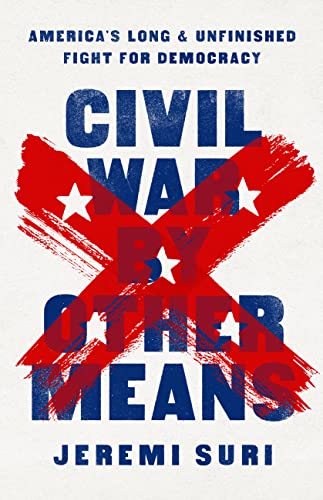 The political divide in the US from the Civil War persists today. We discuss the history of the period and its impact on contemporary politics with the author of the new book by Jeremi Suri, Civil War by Other Means: America’s Long and Unfinished Fight For Democracy . [ dur: 30 mins. ]