The attacks on the legitimacy and independence of courts in the United States is increasing. What are these attacks? Where are they coming from? And what might be the effect on justice in America? [ dur: […] 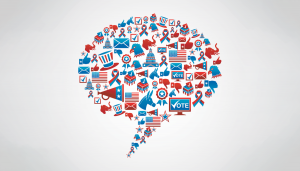 What’s so important about the vice presidency and what are the implications of Kamala Harris, the first woman of color on a major party ticket? hosted by Doug Becker. [ dur: 24mins.] Jeremi Suri is Professor […]

First, how did corporations get civil rights? The two-hundred-year battle to give corporations personhood and constitutional protections. [ dur: 34 mins. ] For a transcript of this interview, please visit: TheBigQ Adam Winkler is Professor of […]

First, how did corporations get civil rights? The two-hundred-year battle to give corporations personhood and constitutional protections. [ dur: 34 mins. ] For a transcript of this interview, please visit: TheBigQ Adam Winkler is Professor of Law […]

In this hour, we explore why the Nazis came to Charlottesville. [ dur: 32 mins. ] Siva Vaidhyanathan is Professor in the Department of Media Studies at the University of Virginia. He is the author of […]

First, we continue ( part 1 ) to trace the birth of free speech in the US, a country that for decades prosecuted dissenters. What caused the radical turn around by the Supreme Court to support […]

First, after years of allowing censorship and criminal prosecution of dissent, what caused the radical turnaround by the Supreme Court to then support free speech and dissent? Part one of a two part discussion with Thomas […]

First, the normalized violence and growing authoritarianism in Turkey. What does it mean for the country, the region and European Union? We speak with Fatima Muge Gocek author of Denial of Violence. [ dur: 28 mins. […]

First we look at art as an act of resistance and as a weapon to counter oppression and violence. [ dur: 28 mins. ] Mark LeVine is a professor of history at the University of California, […]