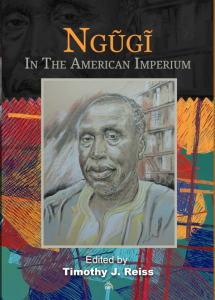 First, the historical roots of the present day political turmoil, divisions, and partisanship in the United States. The fault lines that fractured the United States. [ dur: 38mins. ] For a transcript of this interview, please […]

First, the intersection of music, art and politics. Our guest producer Sam Smith explores how modern artists like Childish Gambino use music and video for political communication. [ dur: 15 mins. ] For a transcript of […]

First, the intersection of music, art and politics. Our guest producer Sam Smith explores how modern artists like Childish Gambino use music and video for political communication. [ dur: 15 mins. ] For a transcript of […]

First, secret heroes. We know the role of presidents and other leaders in shaping history, however we hear little about the unsung heroes; many who have risked their lives to liberate and rescue others. Who might […]

Domestic violence is just one of the many problems of violent sports. We’ll take a close look at American Football and its discontents. We are joined by Steve Almond. [ dur: 28 mins. ] Steve Almond […]

First we look at art as an act of resistance and as a weapon to counter oppression and violence. [ dur: 28 mins. ] Mark LeVine is a professor of history at the University of California, […]

Last week the International Criminal Tribunal for the former Yugoslavia convicted Radovan Karadzic. of genocide, war crimes, and crimes against humanity for his role in the mass killings and ethnic cleansing of Bosnia. In this hour […]