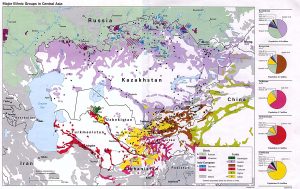 First, from broken heart to suicide bomber we explore the various drives that fuel deadly terror. [dur: 17mins. ] Ken Ballen, author of Terrorist in Love. Then, is the transmission of trauma multi-generational? Do the children […]

First, a look at changes in environmental policies on local, state, national and international levels. [ dur: 13 mins. ] Astrid Carrapatoso is assistant professor of political science at University of Feiberg, Germany. She has published […]

First, a look inside the secret world of spying and intelligence agencies. A discussion with Glenn Carle, author of the book, “The Interrogator: An Education”.[ dur: 28 mins. ] Glenn Carle is a former CIA agent. […]

First, the money-media election complex keeps destroying the democratic process. How did we get here? And where are we headed? Robert McChesney author of Dollarocracy: How the Money-and-Media-Election Complex is Destroying America. [ dur: 28 mins. […]

First, we continue to trace the birth of free speech in the US, a country that for decades prosecuted dissenters. What caused the radical turn around by the Supreme Court to support free speech? [ dur: […]

First, how the murky world of the global arms trade compromises democracy and security. [ dur: 25 mins. ] Andrew Feinstein served as an African National Congress (ANC) Member of Parliament in South Africa for over […]

Power is shifting and changing hands more rapidly than ever. What does it mean for global politics, religion, and economies? [ dur: 24 mins. ] Moises Naim, Carnegie Endowment for Int’l Peace, author of The End […]