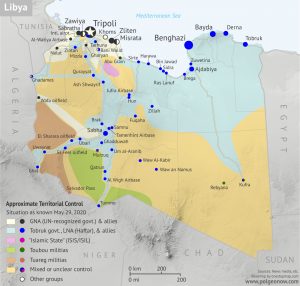 What does the continued occupation and discrimination against its Palestinian population mean for Israeli identity as a democratic nation? What exactly is Israel’s relationship with the world’s Jewish population? And what precisely is the ideology of […] 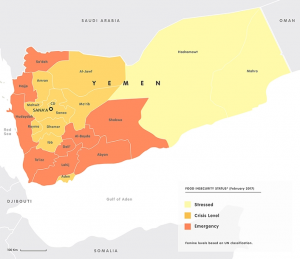 The Yemeni War has created the world’s largest humanitarian disaster. Over 80% of the population is at risk, with particular vulnerabilities to children. And the Covid pandemic has worsened conditions. What are the causes of the […]

Several Arab states have signed normalization agreements with Israel. What do these “Abraham Accords” mean for security in the region and for the future of Palestinian people? What are the solutions to the Palestinian conflict? What […]

President Elected Joe Biden campaigned on a promise to return to normalcy. He has promised to return to the Iran Nuclear Deal. But what complications does he face to fulfill this promise? Ervand Abrahamian is Distinguished […]

The devastating explosion in Lebanon last week is just one of many crisis causing profound suffering for the people there. The economic and political crises have been exacerbated by the Covid 19 pandemic bringing the country […]

What’s the role of the US in promoting peace between Israel and Palestinians? What’s the likelihood of its success? Doug Becker hosts. [ dur: 36mins. ] Brent Sasley is Associate Professor of Political Science at the […]