With the news that Elon Musk intends to purchase Twitter and with promises that the social media company will allow a wider range of content, including some that was previously banned as hate speech, disinformation, or […] 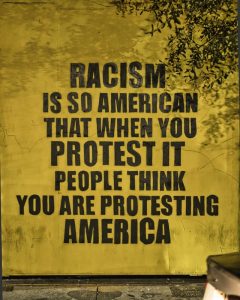 How is memory shaped to influence the politics of war and post-war, in the post-war of former Yugoslavia. What can we learn about how our memories of the past are manipulated to change current and future […]

The brutal police killing of George Floyd, a middle-aged, unarmed, Black man, provoked a massive wave of protest across America. How did this killing come to represent a much broader set of injustices in American life? […]

Does Trump use Nazi-Style rhetoric? Our guest says yes. [ dur: 17 mins. ] David Livingstone Smith is a Professor of Philosophy at the University of New England. He is the author of Less Than Human: […]

How culture shapes our understanding and treatment of mental health. We speak with three experts. [ dur: 58 mins. ] Roberto Lewis-Fernandez is Professor of Clinical Psychiatry at Columbia University. He is also Director of NYS […]

Can international finance systems be harnessed to protect human rights? While historically financiers have funded some of the worse of human rights abuses, finances also enabled great human leaps. Our guest argues that it is time […]