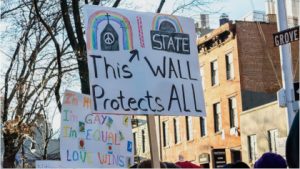 In this hour, why did soldiers on the front line of one of the deadliest wars lay down their arms and play soccer with the very men they were supposed to kill? We’ll revisit the so-called […]

This week we cover following issues: 1) The house voted on Friday to de-fund President Obama’s signature Affordable Health Care act. What does this polarization mean for the future of US Policy? [ dur:  13 mins. […]