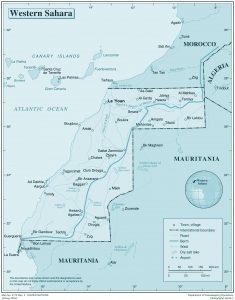 Last month a nearly three decade cease fire in Western Sahara broke and the war raged once again. The United Nations is taking up the Western Sahara issue despite opposition from powerful countries. Meanwhile, the Trump […]

Chauncey Bailey was the first journalist killed in the US doing his job since the 1970’s. We’ll look at the reasons behind his assassination. Thomas Peele is the author of Killing the Messenger: A Story of Radical […]