The Republican Party is at a crossroads. Parties that lose presidential election frequently reconsider their trajectories and their political messaging. How much will the party be determined by the politics and policy of the last four […] 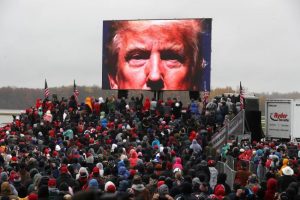 First, what are the life chances of children of incarcerated parents? [ dur: 9 mins. ] Christopher Wildeman is an Associate Professor of Sociology, a faculty fellow at the Center for Research on Inequalities and the […]